At the age of 23, Fivos sustained multiple severe injuries, namely fractures in both thighbones and a Grade IIIA open comminuted fracture of his left leg in a motorcycle accident. The loss of 17 centimetres of his left tibia, the larger front bone of the lower leg, including complete destruction of the left ankle joint initially raised serious concern whether he would be able to walk again as he used to. His road to recovery was lengthy and very painful. The team of doctors treating him at Patras University Hospital in Greece, applied the Ilizarov method to his left leg in order to reconstruct his bone.

The Ilizarov method was developed by Dr Gavril Abramovich Ilizarov in Siberia in the 1960s. Since the 1980s it has been widely used as a bone transport method in reconstructive surgery and is the main treatment option especially for large bone defects in the lower limbs. External fixator rings with cross wires, also called frames, are used to improve stability. The aims of this method are to preserve the patient’s blood supply and osteogenic tissue (required for bone formation) as well as to allow for complete anatomic reduction, stable fixation, functional activity of muscles and joints as well as early patient mobilisation with full weight bearing. Fivos had to undergo as many as six major surgeries requiring bone and skin transplantations. The most challenging aspect of the recovery process was the Ilizarov frame which helped rebuild and stabilise the missing bone over the course of a year. This period was accompanied by severe pain, continuous pin tract infections around the Kirschner wire, skin allergic reactions problems and many sleepless nights as the frame needed to be adjusted with screws every six hours. An athlete at the time of his accident, Fivos did not become disheartened but embraced the procedure and method, including the frame, which enabled his recovery.

“This frame and this method were my friend. I didn't see it as anything threatening, you know, it was something that was helping me. It was something that I was willing to take all that pain for, whatever it took to save my leg and live a normal life afterwards.”

His determination and effort to do more than required paid off by cutting the normal recovery time nearly in half. While about 700 days are envisaged for a recovery of that nature, he only needed 400 days. His doctors also managed to reduce the average number of surgeries from 15 down to only six.

Today, more than 20 years after his recovery, Fivos leads a normal life. He cannot run, but he can walk fast and does so more than 10km a week.

While Fivos was lucky in many ways, it was a painful and lengthy process that – by the work of the SBR project – could be revolutionised for other patients experiencing such injuries and bone loss. The least traumatic technique currently under development aims to rebuild the lost bone with just one surgery, which would constitute a break-through in patients’ recovery time.' 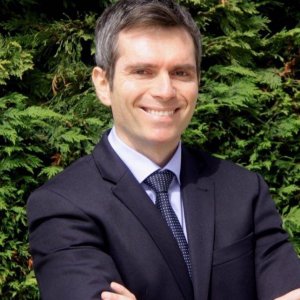